For a winters birthday

I made this for my son to send to his Gran, he likes sending cards but they have to be non fussy or girly even when they are for a girly recipient. 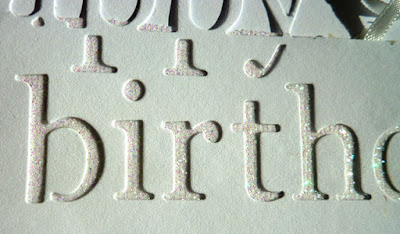 I remember seeing a card very similar on the internet sometime last year think it was Lorraine's loft blog and the design stuck in my mind as it was so lovely. I know my design isn't quite the same as I hand cut my balloon and I'm not sure whether Lorraine used glitter card or not so hopefully its not too alike but thank you Lorraine for the inspiring design idea. 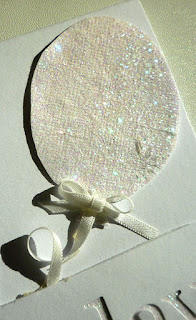 I used white satin ribbon for the tie on my balloon and tucked the end on the ribbon under the sentiment to ground it and stop flying away. The balloon was hand cut from glitter paper before being attached to the base card.

The card was a hit with my son and his Gran so mission was a success and in my book that's all that matters. 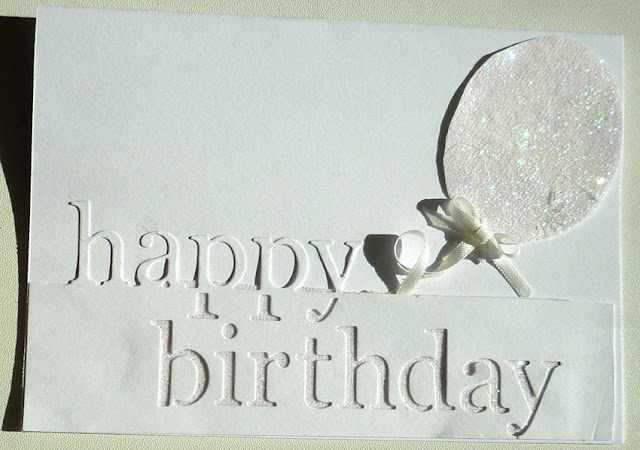 Less is more - 1 or more balloons

Lemon shortbread - anything goes
Posted by Julye at 4:17 pm

Lovely card Julye. Good for you having a go at hand cutting the balloon. The white on white looks fab and the glittery elements really lift it - I bet they look amazing in real life. The satin ribbon was a nice touch too. So glad your son and his Gran loved it. Thanks so much for sharing this with us at Less is More xx

A lovely, stylish card. I remember the one you mean, from the talented Lorraine, and it was super and really deserved a CASE, so I'm thrilled to see you making such a lovely job of this - the sparkle and all-white colour palette are so dramatic and really look fab! Glad your son approved and his Gran must have absolutely loved it! Thanks so much for playing with us at Less is More :)

Lovely card!
Thank you for your entry at Allsorts 400th Celebration Challenge;-))m

Thank you for joining our “Anything Goes” Challenge this week at Die Cuttin’ Divas.