Our snow is going...

...but I've got piccy memories of how pretty it was, and according to the forcast we could still get more. Our road is now clear thanks to everyone joining in to clear it , we have tarmac but loads of snow piled up in gardens and against walls 6 foot high in places so that will take a while to dissappear. I always think it looks bare when it's gone a bit like when you take the christmas decorations down.

Kath is having a fun competiotion  to see which girl has the mostest snow as she has about 23 inches now, at its height we had about 2 and a half foot in most places and where it drifted probably nearer 4 foot. In fact we made the news our wee village as the A57 was on the news when it became a car park due to the amount of snow we had. Thankfully thats now clear as it meant noone could go anywhere for several days, so I had hubby and son at home.

Anyway here are some piccies. 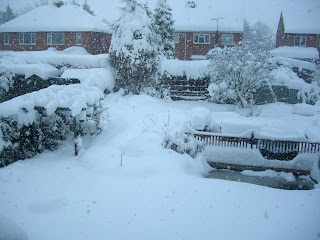 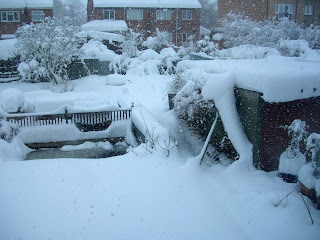 My back garden when more snow started to fall on dec 1st afternoon,we had it continuous till about mid morning on the 2nd then it started again about 3pm.When it stopped on the 1st I took these, didn't take any after the extra snow but th wood proped against the garage had about a foot of snow balancing on it as did the banister rail on the decking. 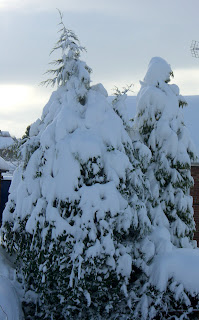 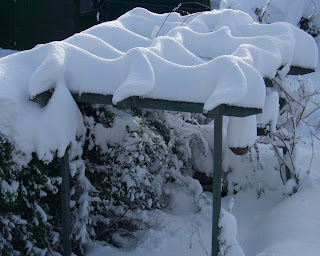 I thought the pergola looked as if it had been drapped in satin and the folds just expanded and elongated with the extra snow it was quite breath taking and absolutely facinated me, I've still not worked out why it didn't fall off as there seemed to be nothing holding it. 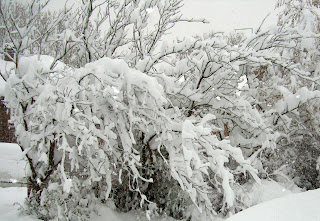 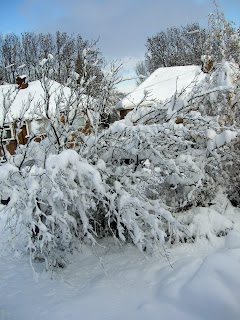 The trees in the front garden were very heavily ladened with snow and the bird feeder which I normally struggle to reach was meer inches above the snow. 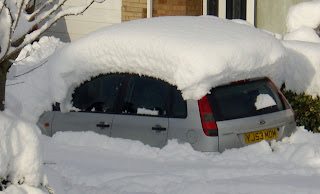 Don't think this neighbour was going anywhere fast and after the following days snow you couldn't see the registration plate.

Hope you like my piccies and maybe it makes you feel lucky about the snow you have, now the road is clear and hopefully hubby and son can go back to school and work and I can just sit with my coffee and watch the birds when they come to feed in peace, much as I love having them at home.

I came to look at your snow pictures when i saw the link in Kath's blog comments. They're amazing! I espeically love the last one of that car, its well and truly stuck there!

Fab snow pictures - you have a lot of the stuff!