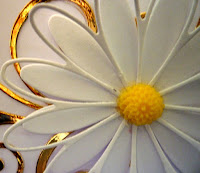 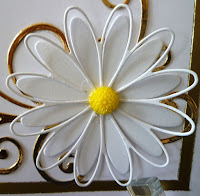 I love daisies, had them for my wedding bouquet,and white ones are top of my list. I therefore love this die from memory box tilth. 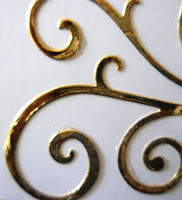 I used a joy flourish die and cut it in gold mirri card to use as my base for my daisy.


The petal centres I removed from the outline and stuck them to the centre on the underside and curled the petal outlines upwards.

I found some fab flower centres on amazon that work perfectly with the daisy. 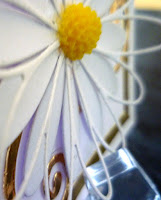 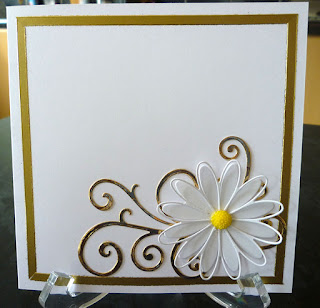 I took a square base card and using peel offs created a frame.
I added the swirl flourish and daisy and card done.
I figured I could add a sentiment to the top right corner to fit the occasion I decide to use it for as I think it would be suitable for many occasions including birthdays ,anniversaries,get well, thank you or even sympathy.

Unstampables -anything goes optional something new

My time to craft - monochromatic 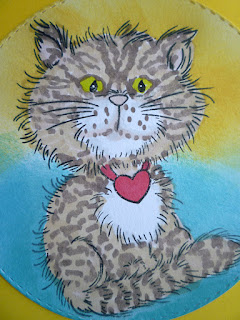 Not a traditional Valentine's card but one I thought would make my son smile as he has a  cat who he loves and who runs rings around him too. I tried to colour my image to look like her though she is far prettier than this pussy who to me looks a little disgruntled with something, maybe wearing a heart around its neck.


The image is coloured with promarkers and I then masked the image whilst I used distress oxide inks to create the background.

The card is made using the outer circle die of an easel card Die-sire die set cut in yellow card. I finished the card with some small heart die cuts from poppy stamps again coloured with Promarkers. 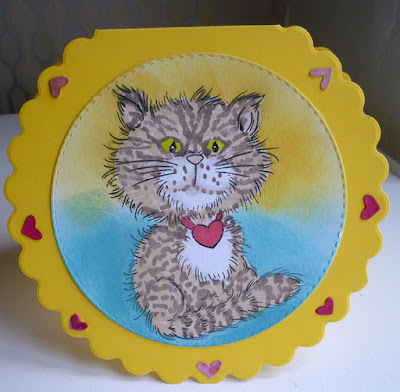 The corrosive challenge - anything goes

Addicted to stamps - have a heart

Cards in envy - give it heart

Passion for Promarkers - cats and dogs 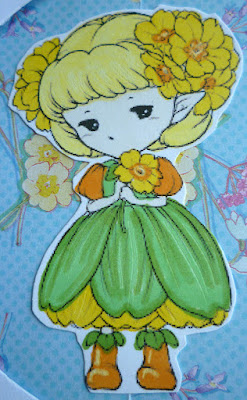 A cute image from Aurora wings coloured with promarkers. 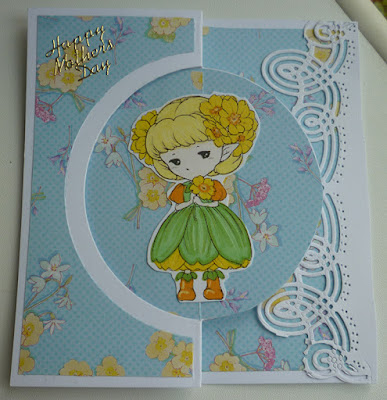 The papers are from my stash not sure of the brand as no longer have the packaging so few sheets left but works perfect with this image. 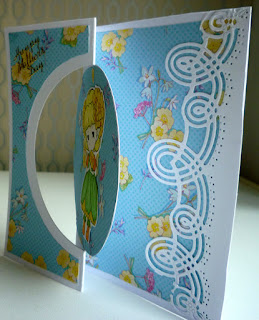 The card base is die-sire from Crafter's Companion as is the border die cut from white card. 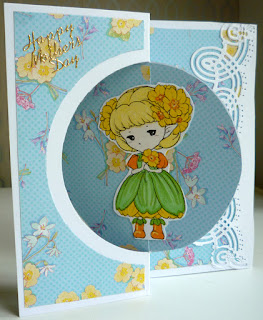 The sentiment is a gold peel off .It's a light weight card that will be travelling to my mum-in-law in Tenerife.

Cards in envy - love you so much

crazy 4 challenges - love/appreciation/thinking of you 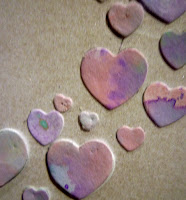 I found some dies on Amazon that were considerably cheaper as they aren't well know brand names so I thought I'd give them a try. They took a while to arrive but I think it was worth it as they cut really well and this one is so pretty.

I decided to use both the positive and the negatives (the  out cuts) . I decided to keep the same shape as the die as I think its pleasing to the eye.

I firstly coloured a piece of card using distress inks in pinks  and purples and water to get a soft random effect. I then cut the the die. I then cut it a second time in plain white card. 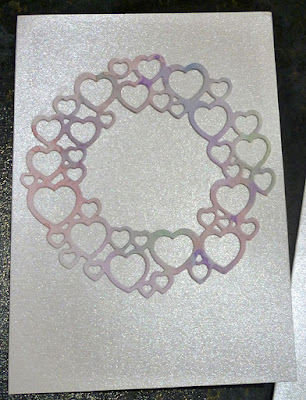 I used some centura pearlised white card cut into 2 A5 cards. I added the white die cut full circle to one card and then the coloured die cut atop so it was slightly raised from the base. 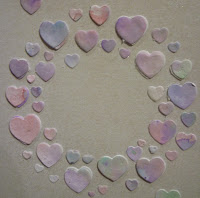 The second card I again built using stacks but this time using the negatives but not for all the hearts. I used the die as a template to create the shape adding a couple of hearts to the sides. 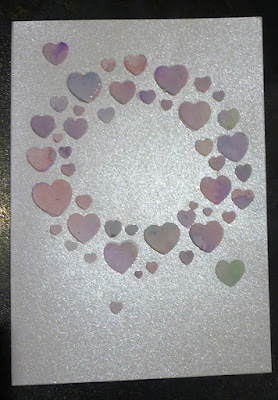 I haven't added a sentiment as I think these cards would be great for Valentine's day, anniversary, engagement or even wedding or birthday but I do love how they turned out.

I would like to enter these designs into the following challenges:-

A gem of a challenge - have a heart

naughty or nice- all loved up 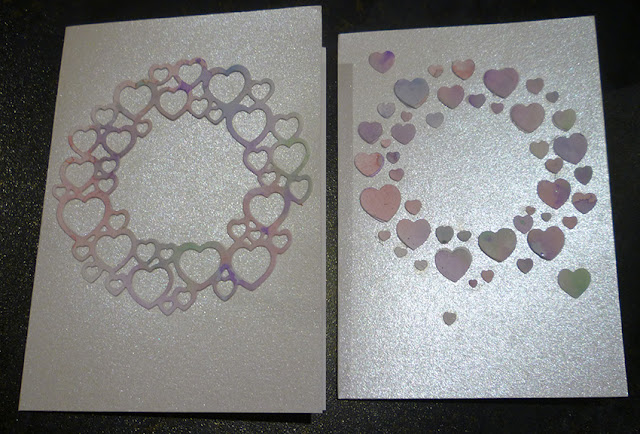