If geeks are square how come they change the world?

Huge apologies to all at House mouse and friends for this not posting on time but I did think I had scheduled it but obviously I missed pressing a button and haven't been around to check as my son had been in hospital and on the day of his discharge I had a phone call to say I could have some surgery the following day on a cancellation that I had been waiting for so please forgive me and hopefully things will get back to normal now.

House mouse and friends Guest designer challenge 3 and for this challenge  I used another decoupage to create my version of 'Lets be square'. 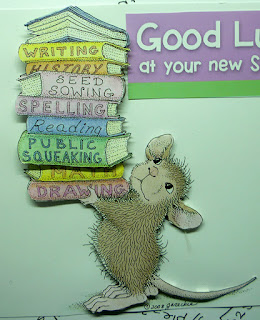 When I was at school many moons ago those who did a lot of study or those who were just clever were called squares, I guess the interpretation was that they didn't know how to have fun, I suppose an updated version of 'square' is now known as 'geek' funny how names change with generations but really just mean exactly the same thing. I often wonder if those who do the name calling ever realise that the same peeps they called for being studious or clever are the ones that often go onto university and then get called names for being party animals or lay abouts' but later get well paid jobs and are often the innovators of changes to our world. If I were given the choice I think I'd like to be a clever square or geek.

Enough philosophising and onto my card. I used a white base card which of course had to be square. I created a background by doodling some mathematical equations ,alphabet and quotes that I dragged from the back of my brain and randomly added to the card.

I cut the image on a square of the decoupage paper and built up the layers so the cute studious mouse is truly the central focus of the card.

I added one of the fun sentiments which I thought turned the card into a fun card for my neighbours daughter when she moves to secondary school in September(just got to put it somewhere safe till then).

Clean and simple but still fun and quirky. 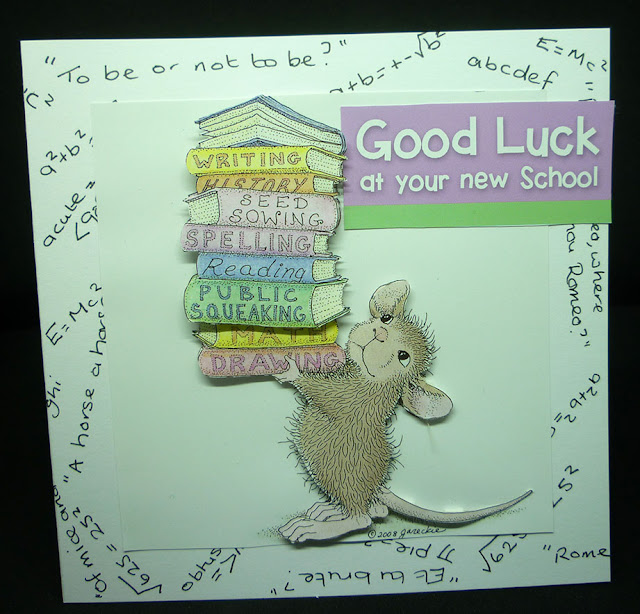 Why not pop across to the House Mouse challenge blog and join in the fun yourselves, how will you interpret 'Let's be square'?