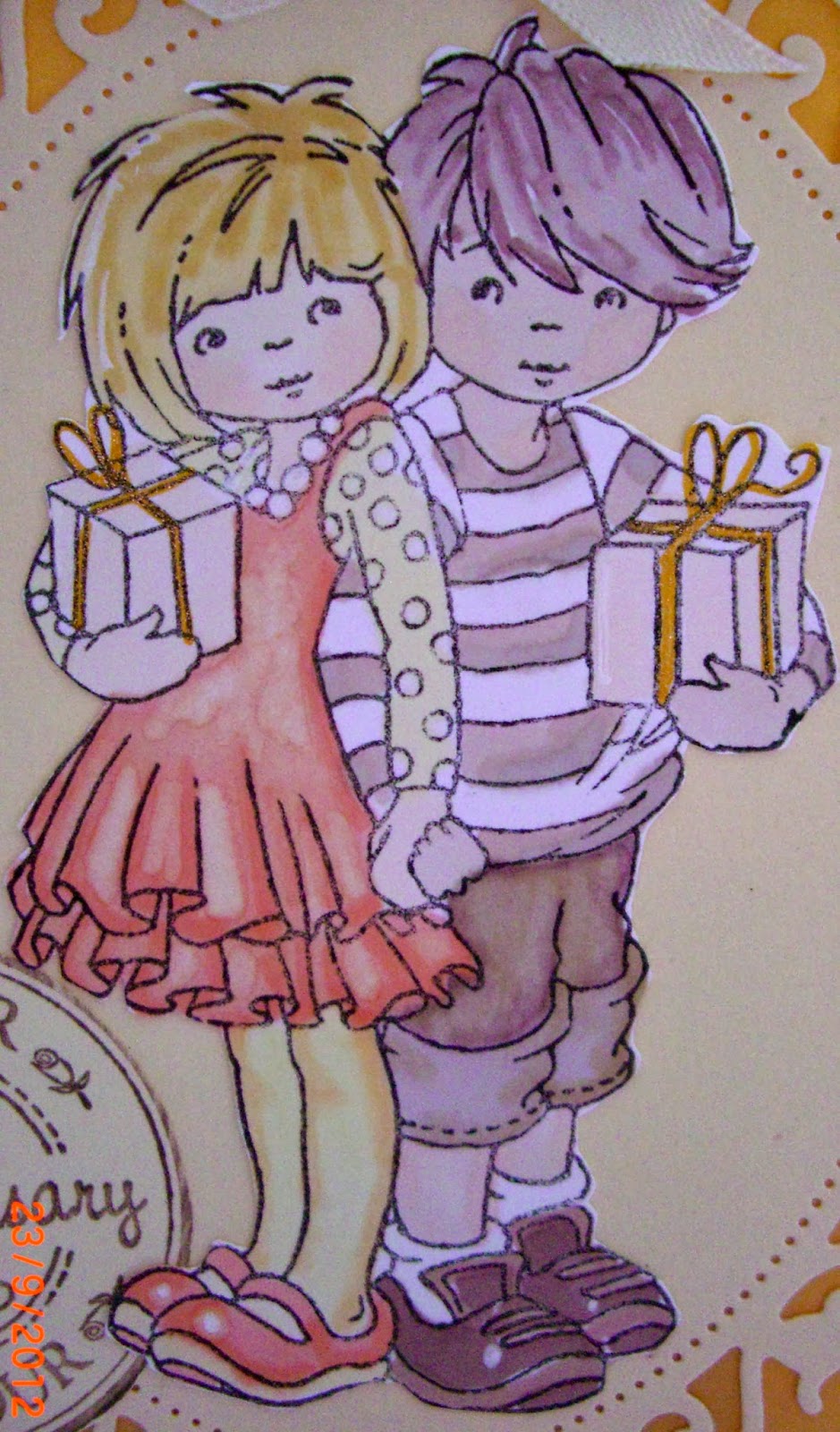 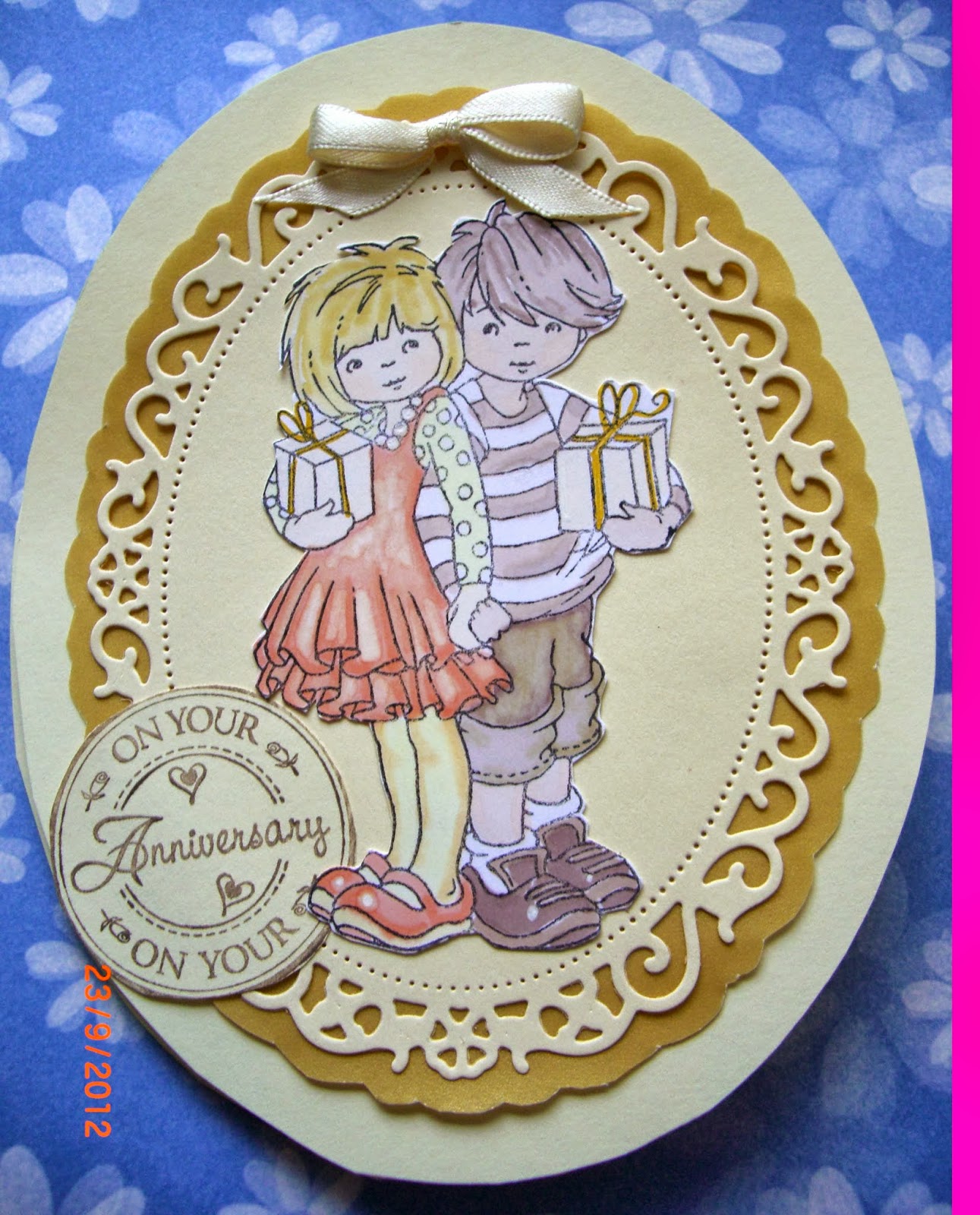 sorry about the shocking pink line down the piccy side not sure where its come from or whether it will show when this post is published.
The base of the card has the same layers with an extra smaller die cue layer with a sentiment from CC designs again dressed with ivory hand tied bow and flowers and an ivory rose. 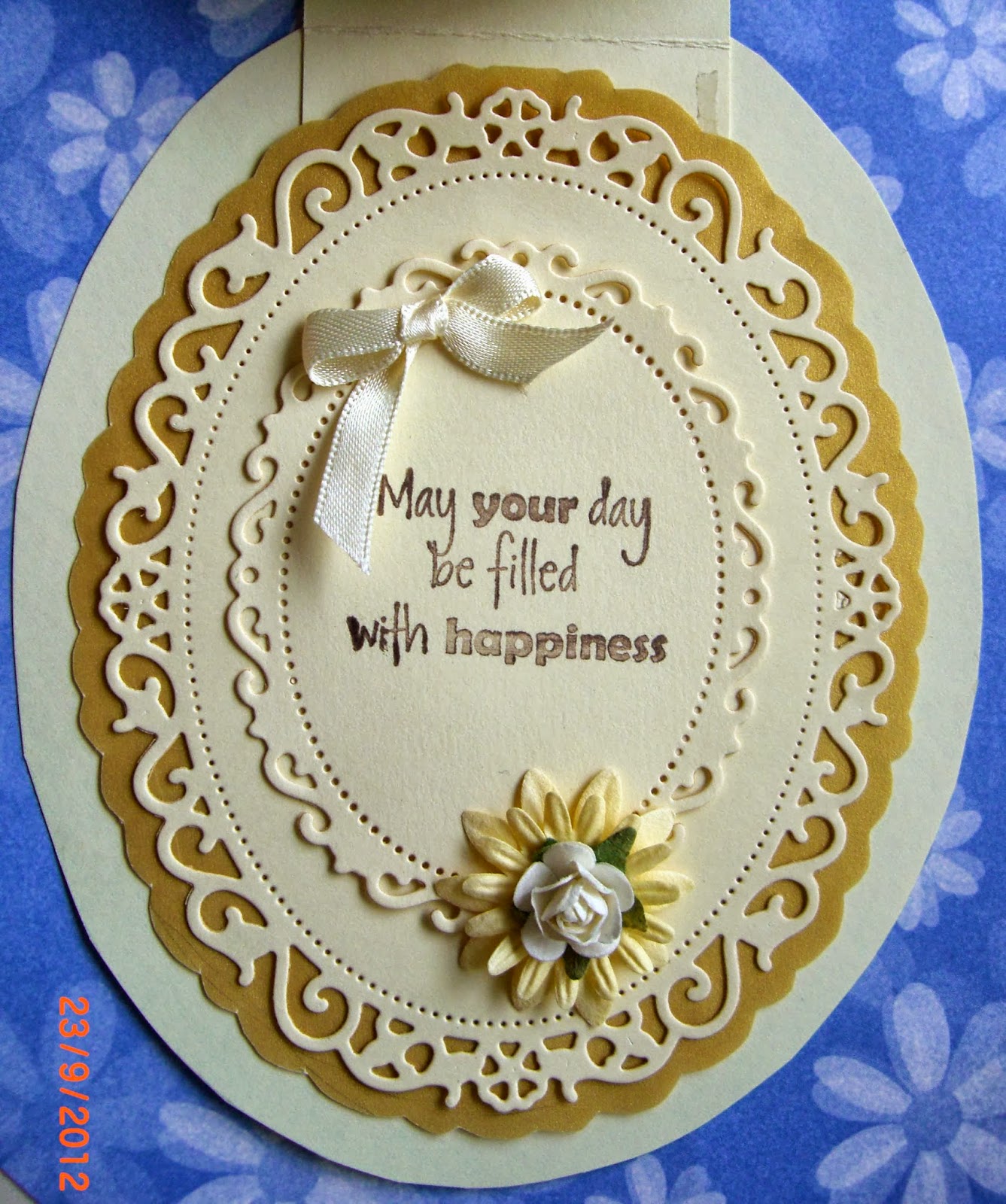 I made the two ovals into an easel card and the flowers are the stop all I can do now is hope my sis in law likes the card but I guess as they live a couple of hundred miles away so they will receive the card by post and they aren't the kind that say thanks for cards etc but at least I know I made an effort. 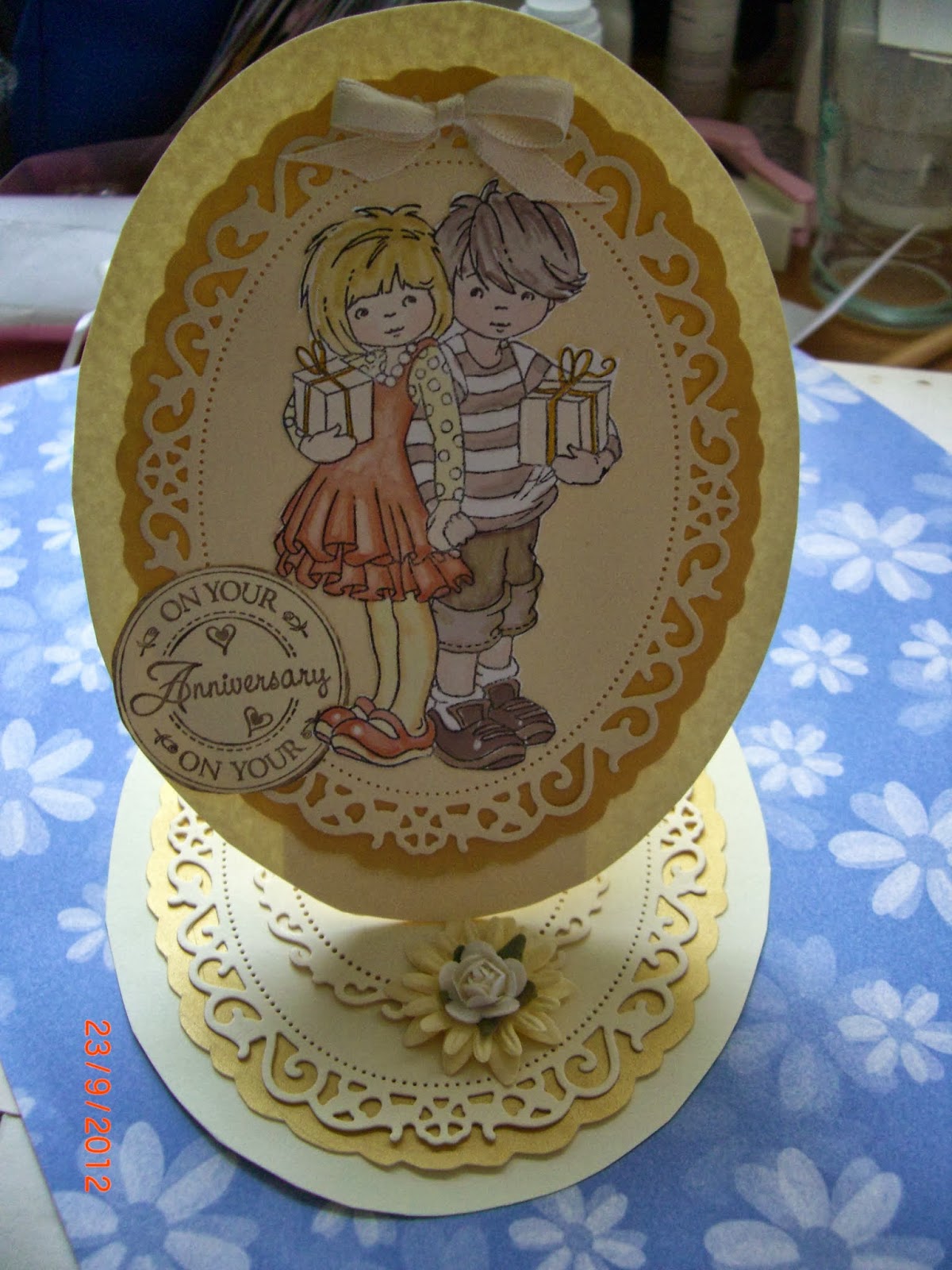 I would like to enter this card into the following challenges:-
A creative romance-dies and punches
Creative craft challenge-use ribbon
Craft dee bowz-anything with a bow
Happy campers-show us your flowers
crafty ribbons-anything goes
fussy n fancy-punches and die
created with love-fall colours
OSAAT-anything goes
LEJ designs-lots of layers
creative inspirations challenge-use your favourite stamp brand

Adorable image. Love the oval easel. Thanks for joining our Fall Colors Challenge at Created With Love Challenges

Such a sweet card both inside and out! Thanks for joining the Craft-Dee BowZ challenge this month.

Oh this card is so beautiful. Love the die cuts you used and the image is adorable.
Thanks for joining us at Created with love challenges.

Your card is Stunning!! love the die cuts and the way you put it together.
Thanks for joining us at Created with love challenges.

Gorgeous card Julye :-) the image is very cute and the shape and colours are FAB I am sure they will love this !! :-)

thanks for joining us on the Crafty Ribbons Challenge
luv
Lols x x x
p.s I have a candy on MY BLOG if you would like to join in :-)

Such a cute image, and I love the die cuts - Julye. I imagine your brother and sister in law will really love it. Good luck in our challenge this week. Ingrid xx (OSAAT Team)

I am sure your brother and sister in law will love this beautiful card. Fabulous use of die cuts and great colouring on your digi :) Good luck in this weeks OSAAT challenge and hope to see you back again next week. Hugs Jane OSAAT DT

A stunning card that i am sure they are going to love and 14 years of marriage thats great! love the colours and the inside and the step by step..beautiful. Many thanks for joining us this week at OSAAT Anita DT

Cute card! Thanks for joining us at Created With Love Challenges this week.

So beautiful card, love the color!! Thank you for join us at Created With Love Challenge this week, hugs Kate (DT)

Beautiful anniversary card. Love the sweet image. Thanks for playing along with us in our Use Ribbon Challenge at Creative Craft Challenges and good luck. Hugs, Gale DT

Very nice card . Thank you for joining in over at LEJ Designs . I would love to see more of your projects in the future LEJ DT