Hubby' sister and husband celebrate their 10th anniversary next week, it doesn't seem that long as my son was a page boy with his cousin and they were still at primary school. Its amazing how time passes as today he started his first job and is now 19 .
According to the internet traditionally the 10th anniversary is celebrated with tin or aluminium, modern is far more expensive as it says it is heralded with the trumpets of daffodils and a marriage of 10 years has shown its durability so should be celebrated with diamonds and sapphires. My sis in law made the mistake of telling her hubby she would rather be traditional , that was before she knew what the modern take on 10 years was.

I can't afford to give sapphires or diamonds so instead I went with the colours and daffodils. The image is a freebie from bird house, they have loads of freebies and are quite diverse, I thought this was perfect for what I wanted.I coloured with promarkers and fussy cut before mounting on matching shades of paper from my scraps folders. 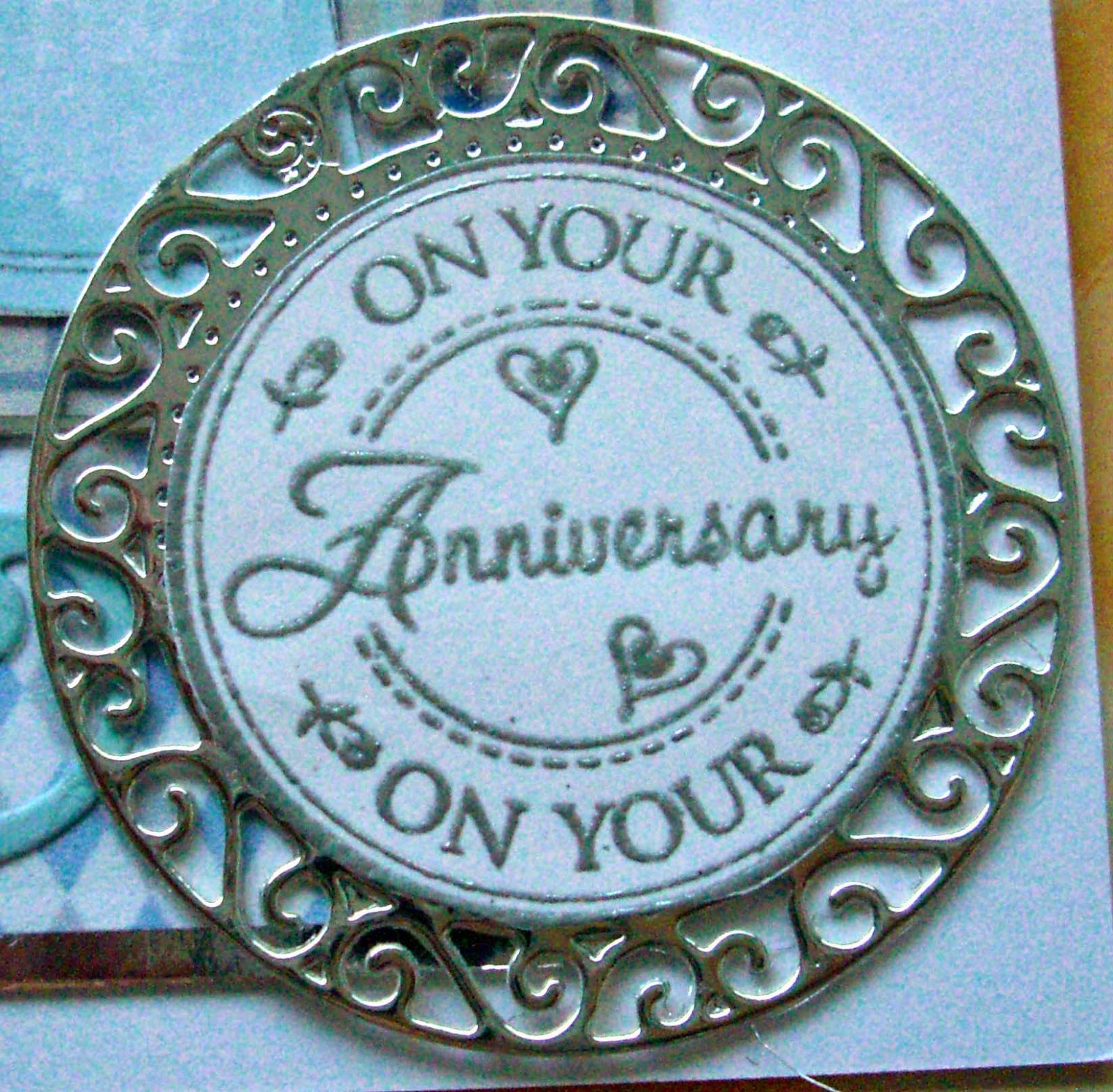 The sentiment is from a set from LOTV which I embossed with blue/silver moonglow embossing powder it gives a really clear image as its quite fine and IO love how it changes colour as you tilt it. I mounted it on a die cut spellbinder fancy circle, I can see how easy it is to get addicted to die cutting but am still trying to decide which is the best die cutter to get for A$ dies as my sizzix bigshot won't cut the dies big enough foe fancy big dies that would be suitable for cards. Any advice and opinions gratefully received.

I finished the card with some papers from OLL mens cd and a swirl diecut. Ribbon and some brads  finish off the layout I used. 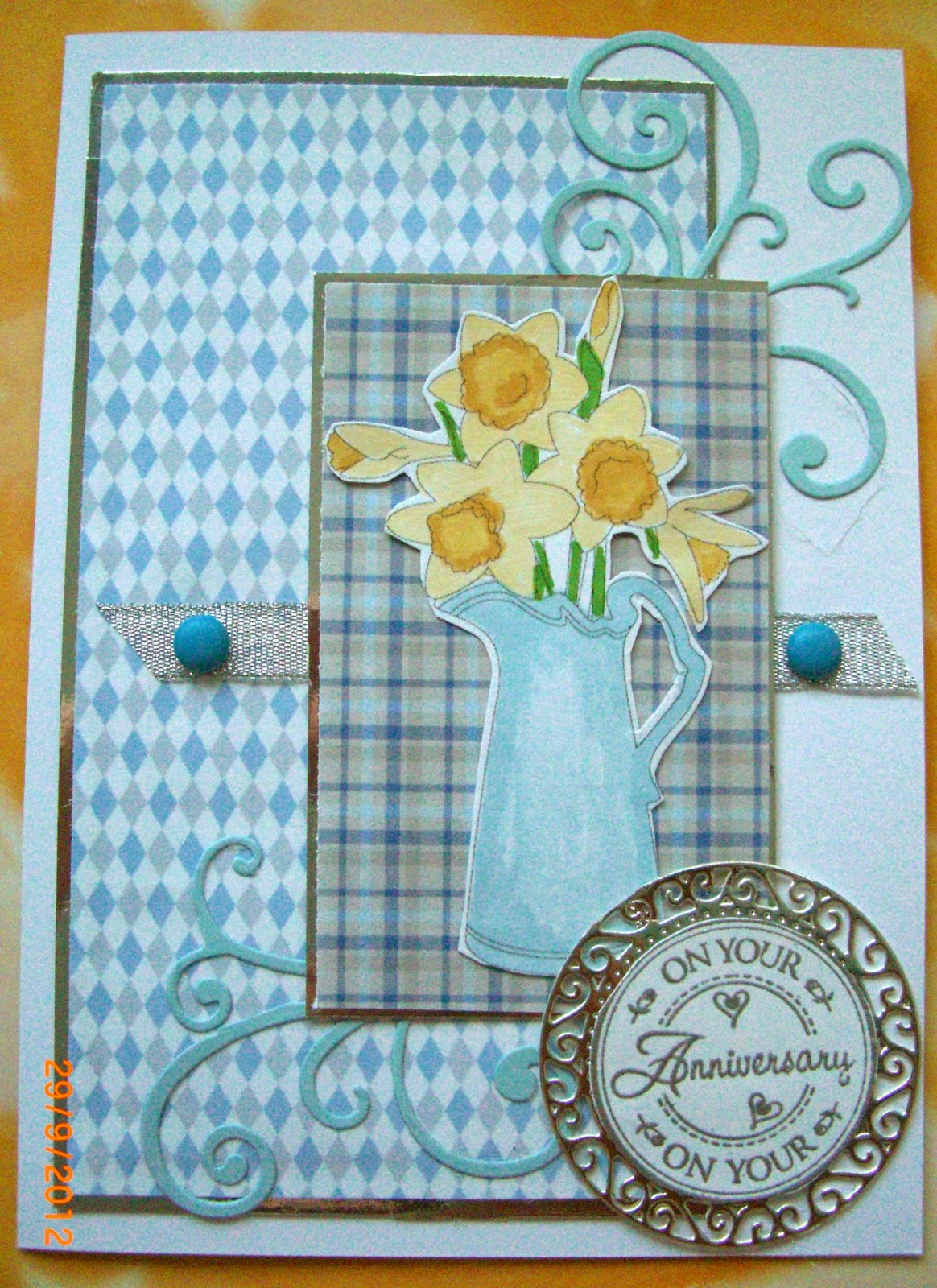 Thanx for joining in with us over at Sketch N Stash... good luck :)

Beautiful anniversary card for your in-laws! Thanks for joining us at The Pink Elephant!

Beautiful card...Thanks for playing along with us at Di's Digi Designs challenge this fortnight.
Wendy xx

aaaw bless, thanks so much for joining us at Sketch N Stash with this wonderful creation!
xx, Ally

What a wonderful creation and congrats to the happy couple. I agree it often seems amazing to me how time flies. So glad you have joined us this time at Crafty Sentiments and Di's Digi Designs. Hugs:)

Such a lovely card!
Thanks for joining us at Stampavie and More.
Anne

What a darling card, and such a lucky couple too! Thank you for joining us this week at the Crafty Sentiments Designs Challenge! I hope you play along with us again soon!