I love Penny Black but just wish they could be made in the UK  as I wish House-mouse could too as I really like to try and buy British, so I don't have a lot of either of these type of stamps.

It's not that I'm against others I just tend to buy British and as I haven't done any crafting for quite a while I probably don't have many new trendy stamps but I love the ones I have. 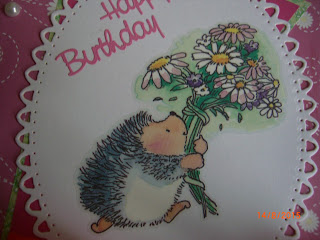 I wanted to enter the Penny Black challenge and when going through my stash found 2 sheets of Stickeroos I had , can't remember if I won them or bought them from a craft show but either way they were new and I thought it was time I broke into them so to speak. I used this cute hedgehog carrying a bunch of 8 daisy type flowers along with some other flowers. I love daisy type flowers and as I had them for my wedding bouquet and married in August they are very special and remind me of happy summer days. 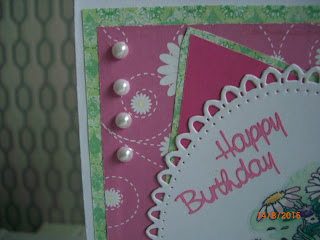 I added green patterned paper to a white base card and matted a docrafts daisy paper over that as the base for my card. The Penny Black challenge that inspired me was hot summer colours and as I look in my somewhat overgrown garden I still see fushias shocking pink and crocosmos orange showing through the green of the overgrown grass. I stuck to these colours and added a pink peel-off sentiment which I added to the die-cut I stuck the Stickeroo on. 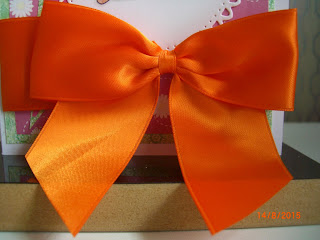 The orange I highlighted by using ribbon which I actually took from a box of goodies from a well known mobile telephone company when my son had a phone from them a few phones across. I can't take credit for the bow as it came ready tied.

The layout of the card I actually quite like though wasn't sure at first and its a sketch from Tuesday morning sketches. 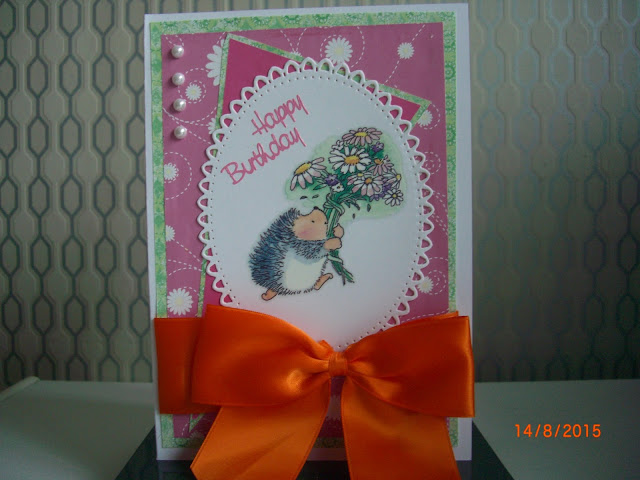 To finish the card I added a further Stickeroo , I have to admit I tend to neglect the inside of my cards and really ought to pay them more attention but as I don't tend to be an overly fussy clutter person this might be a tall order for me.

The craft garden-8 somethings(8 daisies in a bunch)

The cutie pie challenge-cute and girly

This is just such a cute image. A lovely bright creation. Thank you for joining in the 'something new' challenge over at Polkadoodles this fortnight. http://polkadoodle.blogspot.co.uk/2015/08/week-33-crafting-challenge-at.html

Beautiful card and the image is so cute. Thanks for joining us this week at Eureka Stamps. It's fun to see everyone's take on HOT. Karal DT

Aaaah lovely and what a cute image too and thanks for joining us at Penny Black & More this month, luv Sam x

Fab make. Thanks for joining us in use something new challenge at Polkadoodles
Anjie (DT)

Fab card, love the image you've used its adorable! Thanks so much for joining our 'Something new' Challenge over at Polkadoodles
Claire xx

What a sweet card! Adorable image and I LOVE the huge bow!!
Thanks for playing along this week at Tuesday Morning Sketches!!
Debbie (TMS DT)
Debbie's Dash of This and That

What a wonderful cute and girly creation!! Thanks for sharing with The Cutie Pies and Good Luck!! Sarah :0)

Lovely! That oval die is a great way to make your image shine!!! That orange ribbon is FAB!

Lovely card. Unfortunately you've combined it with too many other challenges to be eligible for our prize draw but thanks anyway for playing along with us at The Craft Garden