Something new with lines

Over at the daily maker there's a pop up with inspiration, videos and giveaways. I decided to give the lines inspiration a go and found it surprisingly.I decided to stick with one colour and sat watching tv with my pot of all my blue shade promarkers and a black pen and randomly picked out pens and coloured in the shapes formed by my randomly drawn lines. 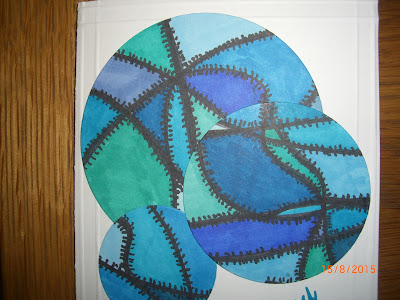 I decided I would use various sized circle dies to cut shapes from my colouring and use them to make a card that would be suitable for a male.

I used a Britannia die to cut happy birthday out of the same colouring .I decided to keep the card fairly simple and used a layout from CAS colour and sketch. 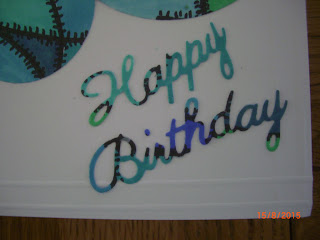 I used a white base card and using score-pal added lines around the edge of the card, I simply attached the circles as in the layout and the sentiment. Card finished. 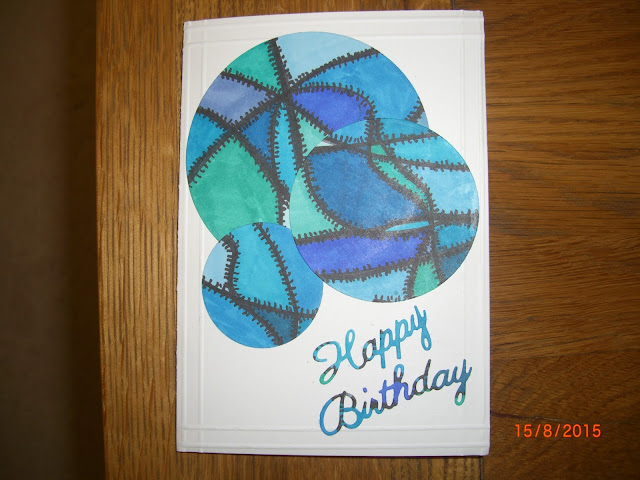 Scor-pal -more than one score birthday celebrations
Posted by Julye at 2:32 pm

So unique, thanks for joining us at Allsorts, this week, xxxx

Thanks for entering the 'Clean and Simple' Challenge at Crafty Friends with your lovely Card... hope to see you again... Good Luck
Diane Louise xx

I love the colors in this card! thank you for joining the birthday card challenge at the cheerful stamp pad! xo

Pretty card in blues! Thanks for joining the DTBST challenge at Sassy Studio Designs!

Beautiful card. Interesting technique. Thanx for joining us this week at SSD.

Thanks for sharing your doodled blues with us at Fantasy Stampers. Caz DT

There's nothing better than a spot of random colouring while watching the TV and you've turned yours into a super card. Especially loving how the sentiment looks. Thanks for playing along at CC&S.

Thanks for sharing your lovely creation for Cheerful Stamp Pad challenge 118, Hazel, DT - hope to see you again soon - thank you also for entering this for Suzy Bee's challenge, DT x

I love the cool shades of blue and turquoise! Thanks for joining our sketch challenge at CC&S. :)

Very cool and different. Love it. Thank you for joining us at Sassy Studio Designs and the DTBST challenge this week! HUGS

Thank you for sharing with us at Crafty Friends,hope to see you again soon.

Fun card, I love the colors you used. Thanks so much for playing along with us at the CAS-ual Fridays Challenge!

Very nice and clean, love it. Thank you for joining us at Crafty Friends and good luck xx

A fabulous card, such beautiful colours.
Thank you for joining us at Crafty Friends.
Pauline
x
I have candy on my blog if you would like to take a look - http://craftingwithcotnob.blogspot.co.uk/

Love your intricate lined and eyelashed circles. The colors are so fresh and vibrant. Loved how you coordinated you sentiment with all the same colors. Great card! Sorry it took me so long to comment. Thank you for being part of the Pop Up Challenge. Hugs, Kathy