This time at high hopes they have a sketch challenge which worked out quite well for me as I had planned to use one of my 3 high hopes stamps to make a good luck and kind wishes cards for my son to give to one of his T.A's who will be having a hip replacement the day before my son goes in to hopefully have his  joint fused, he laughed when she told him and said they could compare anaesthetic and pain relief notes, I don't envy either of them as I'm sure they must be both daunted at the prospect of the surgery and doubtless pain they will go through but can see the anticipation of being in less pain when both their operations are completed and they are recovered. I hope they are both sucessful in particular my sons , not just because he's my son but because I have seen what he has gone through over the last 18 months when the left ankle bone graft didn't take and the fusing failed and he had to have the screws removed , the first as it started to work its own way out and poked up to his skin surface and secondly the pain he went through saying it wasn't right before being referred to another specialist who suspected the grat and fusion had failed and removed the other screws and staples and suggested we tried again, which is the point that we have now reached. For those of you who have read before in nvember my son was due to have surgery but had scratched his scar line and as the surgeon was going back through that scar cancelled the surgery. I have never known a scratch take so long to heal, and now I have to hope my son doesn't catch a cold at school so from my point of view if the snow wants to continue and keep him away from school as its closed thats fine, just until he has had his surgery and I know he feels the same. I couldn't believe it took his head master 3 hours to decide whether to close school or not. OOps sorry digressing again, back to my card.

High hopes sketch is where I was and I've used my nurse stamp, there's no sentiment yet as I don't know what my son wants , good luck, thinking of you who knows what he will come up with, probably something like break a leg not a hip, as he has a wickedly dry sense of humour even though he doesn't realise it. 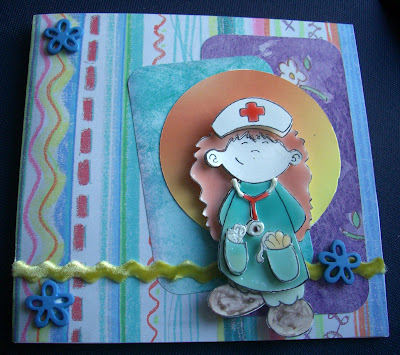 My buttons aren't conventional buttons but they are buttons and I decorated the inside of my card too, I love this paper its so bright and cheerful ,it as a freebie from a magazine ages ago but I think it works well. Hope his TA likes it. 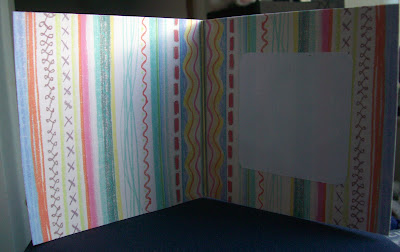 Great card and nice image. Thanks for joining HH challenge.

Perect card! I do hope that all goes well with your son. Sounds like he has had a long haul! Best Wishes for his speedy recovery.
thanks for playing along with us at the HH challenge!
Hugs Jeanette :)

Your card is gorgeous and I love the added dimension to the image, I hope the surgery goes smoothly for your dear son, Hugs, Nikki x

Cute card! Best wishes to your son for a smooth surgery and a quick recovery! Thanks for playing with High Hopes!